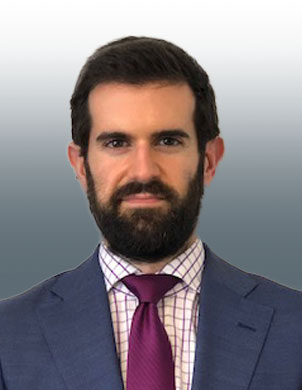 Dave Hollenberg is an experienced criminal defense attorney at Windsor Troy. His background as a prosecutor gives him special insight and experience in criminal law, and helps him obtain excellent results for his clients. He handles cases for the Firm across the Bay Area.

Dave learned his trial skills as an Assistant State’s Attorney for Montgomery County, Maryland. He tried numerous criminal and traffic cases, building a strong record of courtroom success. Before long, Dave realized that his passion was in keeping people out of jail, rather than sending them there.

Dave then worked at Jezic & Moyse, LLC, a prominent firm in suburban Washington, DC, where he successfully and skillfully handled jury trials ranging from homicide to DUI. He has experience in dealing with high profile cases, including an alleged sexual assault in an area high school that ended in a dismissal despite nationwide media attention. He made regular media appearances on both English and Spanish language platforms.

After law school, Dave worked for a small civil litigation firm in Washington, DC that primarily focused on special education law, with the difficult and rewarding task of obtaining appropriate educational placements for children and adolescents with varied disabilities.

Dave graduated with an A.B. from Dartmouth College, where he was a double major in Government and Romance Languages. He earned his J.D. from American University Washington College of Law, where he was Senior Editor of the Business Law Review, and President of the Society for Dispute Resolution.

Dave is fluent in Spanish, thanks to his mother, who grew up in Spain. He is also proficient in French. He and his wife live in San Francisco with their dog, Wally.

Designed and Developed by 711 Media